My Neighborhood Resembles an Abbatoir

The streets didn't run red with the blood of the lamb today, but it wasn't far from it.

It's not unusual at all to see roadside butchers in Azerbaijan in the regions, but Baku is a big city and it's pretty unusual to see big herds of sheep being slaughtered in my neighborhood, just a few blocks from my house.

There's an apartment block near us that I believe houses a lot of IDPs, so if you're looking for poor people for whom to slaughter a sheep on Gurban Bairam, this block isn't a bad place to start. IDP's are "Internally Displaced Persons," -- Azeris who were forced from their homes when the Armenians invaded Nagorno-Karabagh. Don't ever call them "refugees," because refugees are people who are forced from their homes into another country. 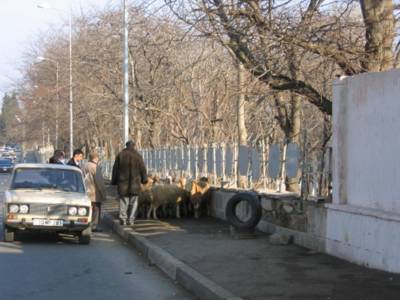 Buy a sheep while getting your tires repaired

Regardless of what you call them, many IDPs have moved to Baku where they live in general squalor and grievously unsafe conditions.

The apartment blocks are worse than your average urban housing project. Many are half-constructed and the raw brick exteriors are laced with electical wires that have been jerry-rigged onto the city's electic lines. But IDPs that live in blocks are much luckier than the ones on the outskirts of the city in abandoned railroad cars or in camps out in the regions. 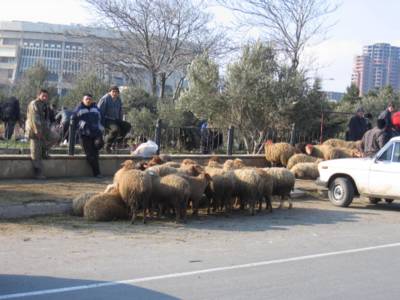 Repent, sheep! The end is nigh! 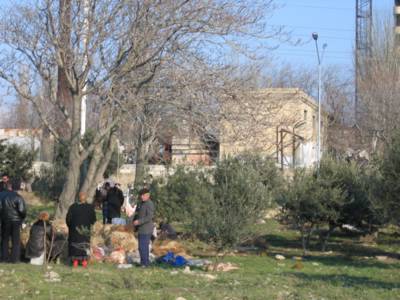 A busy day, judging by the pile of skins

I'm all for religious charity, but, in a country that will be raking in billions in oil revenue in the next few years, I bet there are more efficient ways to help these people. Nothing here is going to change until people demand it.

Posted at 01:11 PM in Azerbaijan | Permalink