Is the Producer Cursed? Discuss

Who else's office would burn down two days after he moves into it?

Big fire in an office building in Baku Tuesday night. It started in the local Eriksson offices and pretty much stayed there, but The Producer's brand new set of four offices, sublet from an American NGO, were right next to it and supplied the walls through which firefighters could break to fight it. They'd only actually moved into one of the offices-- the very one that now has a charred, collapsed roof and is ankle deep in water. 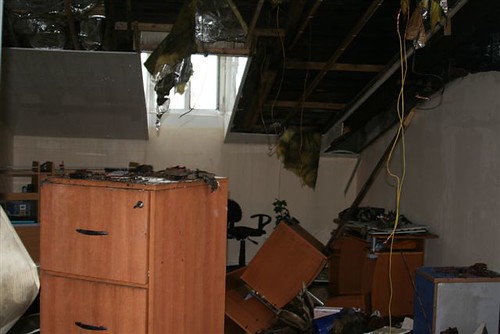 Fortunately, they hadn't yet moved the pricey new editing suite in. Also, the brand new high-end camera they just purchased seems only to be a little wet. That's about all that can be said that's good.

No insurance. Hadn't yet signed up. A couple of computers ruined. Police and/or firefighters STOLE two of the other cameras. It is the case, however, that one of them is unique in Baku, so if it turns up in someone's grimy little paws, the fur is going to fly. 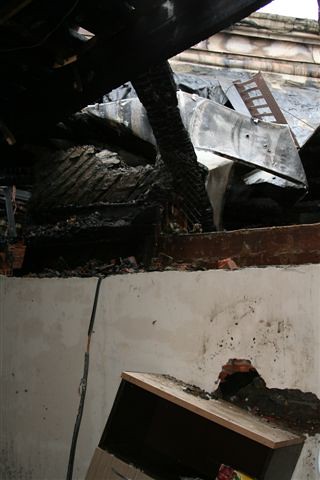 More than one person expressed surprise that Baku does have a firefighting brigade. They seemed to be reasonably well equipped (by that I mean the engines weren't pulled by horses and there were hoses that reached the 5th floor). 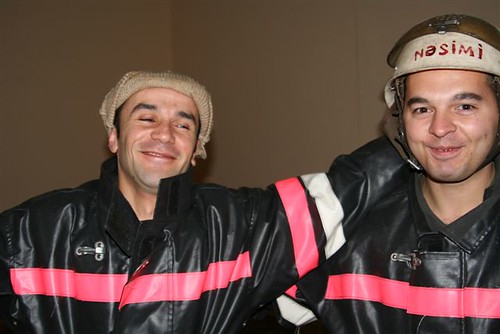 Everyone in Baku knows the Producer, from the freak frisbee accident, to the Russia mugging to the fire.