If Far Outliers wants to excerpt the whole of Istanbul: Memories and the City, it's OK with me because Amazon seems to be pretty slow to deliver here.

After a long period when no one of consequence came to Istanbul, and local journalists interviewed all foreigners who turned up at the Hilton Hotel, the Russian-American poet Joseph Brodsky published a long piece entitled "Flight from Byzantium" in The New Yorker.

Perhaps because he was still smarting from W. H. Auden's brutal review of the book recounting his journey to Iceland, Brodsky began with a long list of reasons he'd come to Istanbul (by plane). At the time I was living far from the city and wanted to read only good things about it, so his mockery was crushing, yet I was glad when Brodsky wrote, "How dated everything is here! Not old, ancient, antique, or even old-fashioned, but dated!" He was right. When the empire fell, the new Republic, while certain of its purpose, was unsure of its identity; the only way forward, its founders thought, was to foster a new concept of Turkishness, and this meant a certain cordon sanitaire to shut it off from the rest of the world. It was the end of the grand polyglot multicultural Istanbul of the imperial age; the city stagnated, emptied itself out, and became a monotonous monolingual town in black and white.

The cosmopolitian Istanbul I knew as a child had disappeared by the time I reached adulthood. In 1852, Gautier, like many other travelers of the day, had remarked that in the streets of Istanbul you could hear Turkish, Greek, Armenian, Italian, French, and English (and, more than either of the last two languages, Ladino, the medieval Spanish of the Jews who'd come to Istanbul after the Inquisition). Noting that many people in this "tower of Babel" were fluent in several languages, Gautier seems, like so many of his compatriots, to be slightly ashamed to have no language other than his mother tongue.

After the founding of the Republic and the violent rise of Turkification, after the state imposed sanctions on minorities—measures that some might describe as the final stage of the city's "conquest" and others as ethnic cleansing—most of these languages disappeared. I witnessed this cultural cleansing as a child, for whenever anyone spoke Greek or Armenian too loudly in the street (you seldom heard Kurds advertising themselves in public during this period), someone would cry out, "Citizens, please speak Turkish!"—echoing what signs everywhere were saying.

House of Mirth adds his point of view too in older posts here  and here.

I wouldn't be able to distinguish Kurdish from all the other languages I don't speak, but you don't have to be terribly adventurous to come across it in Istanbul. The Producer and I were walking around the Tepebashy neighborhood (the search for cheap real estate leads people to do silly things) and it became abundantly clear that we had crossed into a much, much different world than Cihangir. A large family shared tea on the sidewalk, next to a colorfully painted truck that probably contained many of their belongings; the laundry hanging over the streets was more derelict; the garbage cats were skankier. Then, we rounded corner to stand in front of an Armenian church, from which the music from Sunday morning service flowed out. That sort of thing happens every single day here.

Word is that, since the Dink murder, Pamuk has cleaned out his bank account in Istanbul and moved to the U.S. What a huge loss for Turkey, but who wants to get shot on the street by a delusional 16 year old, leaving the world to see the cracks in the bottoms of your shoes? 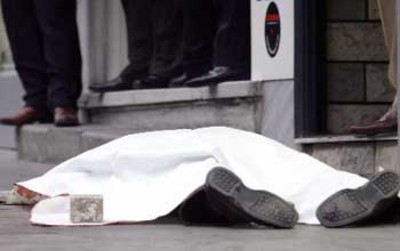 My landlord told me that one of the many old boarded up houses on our street belongs to Pamuk and that he had plans to open some kind of literary museum in it. It'll probably be boarded up for a while. Sad.

Posted at 08:18 AM in art and culture, Istanbul | Permalink

in the streets of Istanbul you could hear Turkish, Greek, ..... DURING the Middle Ages Sicily was ruled by a German Emperor (Frederic II), everybody was welcome in that Sicily, free to start his business, to talk whatever language, to wear his country clothes, to go to his church, to teach his knowledge. From time to time the Pope would ask Frederic to go for a crusade, but being a friend of Muslims he pretended to be sick and delayed. (Ooooofff, this is the last time I try to write in English.) Strudel