« Ask Carpetblogger: What's the difference between Iskembe, Kelle Paca and Xas? | Main | And They Shall Know Us By the Trail of Our Devuska Photos »

To the Gulag With You, Scofflaw!

In an innovative compliance campaign, the state-owned Donetsk Heating Company in Eastern Ukraine has put up posters of Stalin around town with the tagline:

"Comrades! This not the cinema, this is real life. Anyone who does not pay their heating bill will be punished."

This, in a country where nearly one-third of the population starved to death in the 30's holodomor (famine), that resulted when Stalin forcibly collectivized the farms. 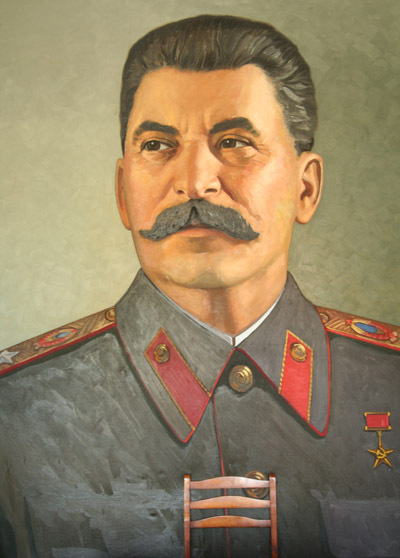 In its defense, the company's Deputy-director Alexandra Semchenko retorted:

"Most people associate Stalin with order and discipline. This campaign will force them to think about the consequences of being behind with their payments."

I'm no Ukrainian, but I think Stalin might be associated with a few other concepts, such as terror, murder and ethnic cleansing.

Now, I generally hold a "people get the government they deserve" attitude, especially when it comes to Eastern Ukraine, Russia and America (and if you think the Donetsk government is not a wholly owned subsidiary of the Donetsk Heating Company, you haven't spent much time in this part of the world). But, in response to 100%- 200% increases in heating bills imposed by unaccountable city governments around the country, civil society in Ukraine has been feebly starting to organize around the issue.  Argue the merits of some peoples' tactics (refusal to pay their bills -- something Ukrainians would hardly have to be persuaded to do in any case) but waving the Stalin card is particularly diabolical, since social distrust, apathy and the sheep-like mindset that has crippled the development of civil society in the FSU are among the most memorable consequences of his legacy. Way to nip anything good happening in that realm in the bud.

I'm totally for using the image of dictators in an ironic way, but somehow this doesn't seem to be quite the irony I would choose, if I were in charge of the Donetsk Heating Company.

"Gaiety is the most outstanding feature of the Soviet Union." -Joseph Stalin

Obviously, I had to look up gaity. I mean I know what being gay means, but now that I know gaity, I truly understand what the FSU is all about. Wheee!

Believe it or not, Stalin is extremely popular among students in Russian studies departments in US universities. Most Russian clubs make signs and t-shirts with Stalin on them, and any Stalin memorabilia from Russia is highly coveted.
Makes me sad.