Things You Can Buy At Jeddah Duty Free

If you don't live in a place where staples, such as booze, are taxed 100%, you have no idea how important airport Duty Free shops are. As an American, we had never stepped in one before moving overseas and could never understand the appeal.  These days, however, we design elborate strategies to maximize our limited access to such rich sources of relatively cheap booze.

Instead of focusing on all the things we could not buy at the Jeddah duty free (uh, duh), we prefer to marvel at at all the amazing products we could purchase. It was sort of an airport version of a Tsum (sans vodka) or a JC Penneys, without all the cool clothes.  Just like at those two outlets, rewards await shoppers who approach with an open mind.

Here are some of the products that tempted us:

The duty free shop in Jeddah's airport wasn't the only thing that was awesome about it. With Bangladeshis and Filipinos checking in bales of plastic burlap-wrapped crap, it did have the amosphere of a third world bus station, but there was no security! When we say no security we mean "walk up to check in desk, put bags on conveyer belt, get boarding pass, then walk to passport control and get a half-assed wand before boarding." There was also no customs control, coming or going, either. This must be because there is no terrorism, or taxes, or antiquities worth smuggling out* in Saudi Arabia.  Which is why Saudi Arabia is awesome.

*In contrast, the Yemenis were pretty tight-assed about the whole "antiquities" thing. Despite our best efforts (seriously, we tried everything and we have a pretty powerful arsenal), they detained a beduoin vase we had purchased in a village. Not only do we believe it was the first genuine antiquity we have ever purchased, it is the first item we've had seized by the authorities. Sad face.

A Report from Jeddah

We've been told that Jeddah, an ancient port city and gateway to the holy city of Mecca, sits on the Red Sea. We wouldn't know. We haven't seen it 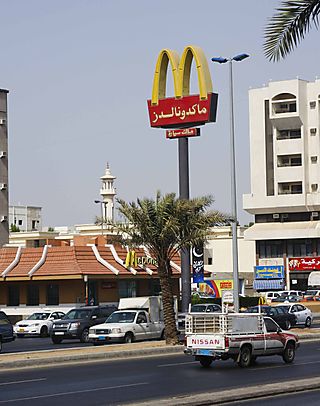 and probably won't. In fact, we believe we might be staying in the only hotel in the city that's not on the sea. It was chosen based on its proximity to the office and the lack of other options during Umrah (sort of a practice Haj), rather than the aesthetic demands of its guests. Thick windows keep sand, heat and atmosphere out and nuclear-powered airconditioning in.

So, we spend a lot of time in our room, which overlooks a parking garage, which is backed by mid-rise apar 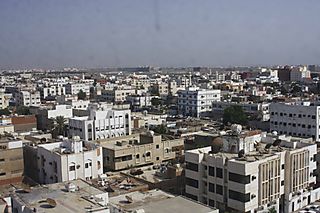 tment blocks that lack even Soviet-level attention to design and detail. The desert is there, buried beneath cheap concrete. Dirty white and beige desert colors stain the buildings and its light absorbs shadows and sharpens edges. No natural geographical feature obstructs the horizon.

We arrived expecting a subdued, puritanical Dubai, but have been confronted by an austere city that looks like it was built in -- and unevolved since -- the 1970's. With block after block of decaying  concrete, haphazard signage and exposed electrical wiring, the center has a distinctly third world feel to it. With as many South Asians as there are working here, it's easy to imagine that you're in a more male, more transient Kathmandu or Delhi. The ostentatious malls on the city's edges, however, suggest that the modern Saudi's consumerist impulses can be satisfied without effort.

In an efforts to escape our polite cage, we hired a car today. In preparation, we put on our ugly, long coat (abaya not necessary), tightly tied our Bursa silk headscarf and  clipped it to our head with hairclips (headscarves are annoyingly difficult to keep in place and require constant adjustment) and covered our feet with socks. Ashok, the car manager, asked uncomfortably where w 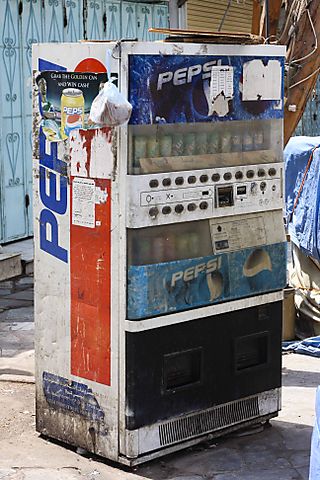 "You know everything is closed, right?" Brows furrowed. Concern expressed.

"Yes. Just tell the driver to take me anywhere. I must go out."

The empty highway from the hotel offered directional signs to Mecca and Medina, exits that, as a heathen, we wouldn't be taking. Once downtown, we stepped out the car and almost passed out from the 100 degree heat and humidity. Thirty minutes later, after walking around the shuttered old city's collapsing old buildings, we returned to the hotel, drenched in sweat.

We wonder if abaya'ed Saudi women give in to the same impulse we did upon arriving home -- to immediately remove all our clothes, flinging sweaty headscarves and confining long coats on the floor as an impotent protest.

This place looks normal on the outside, but it so clearly is not. Social codes and cues for women are impossible to interpret without assistance. Where can we go? What can we do? What do we do if we run into trouble? What kind of trouble could we run into?  Will we be able to recognize the trouble when it comes our way?

Some trouble is screamingly obvious. We recognized it immediately when we arrived in Jeddah at midnight, after our passport was taken away.

"Where is your brother?" snapped passport control.

"Your brother. He is picking you up?"

Like a naughty child, we were told to sit next to half-naked Nigerian hajis while 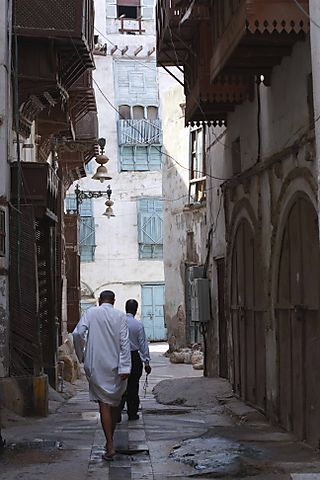 arrangements were made to accommodate a rogue foreign woman without a brother. Our resentment brewed, but remained unexpressed.  The problem resolved itself, with no intervention from us, and we departed the arrivals hall two hours later, with our brother, the hotel driver.

We have two days left in The Kingdom. So far we've met a Christian Lebanese woman, a Kashmiri, an Egyptian, a Kuwaiti Armenian, a Lebanese Muslim and a Nepali. We're hoping to meet an actual Saudi.

The Carpetblog Stamp of Approval Does Not Come Cheaply

As you may know, you were originally included -- along with Yemen and Saudi Arabia -- on Carpetblogger's current tour of suck. However, recent events have called your position on that itinerary into question. It is your bad luck that Carpetblogger's quota for suicide attacks was already filled in Sana'a. Maalesef.

Thanks to Carpetblogger, most Yemenis are confident that, despite Wednesday's deadly suicide attack on the U.S. Embassy, tourists will feel safe visiting Sana'a. So powerful is our endorsement that the government newspaper ran our photo, full color, full page, on its front page. We would go back to Yemen in a nanosecond, even if there were suicide bombs once a week. However, if Carpetblogger offers her "Tourists Are Safe in (insert shithole c

Hey, Saudis! We've got our eye on you. Don't try bombing any Marriotts, just to test us. No matter how bad you want it, you're not getting it. You're too boring and ass-backwards.  Carpetblogger, and her vagina, approve of pretty much nothing about you.

If Carpetblogger Can't Go to the Souk, The Terrorists Will Have Won

Having concluded that deadly carbomb attacks on foreign embassies aren't that big of a deal in Yemen, we trotted off to the office (that's the kind of consultant we are) then trotted off to the Souk Al-Milh, Sana'a's unspeakably awesome market. We like to think of ourselves as souk connoisseurs, and this is by far the best we've ever been in.

In fact, Yemen has become one of our number-one favorite destinations.

This souk, and the city in which it sits, deserves a much more detailed post, but, for those of you who find this part of the world frightening and impenetrable, we'd like to  point out that we wandered around the souk, alone, all afternoon without any ill effect. The only concession we made to common sense was not replying "America" to the question "where are you from?" something we don't normally do (we like to embrace scorn).

Carbombs aside, Yemen is awesome. 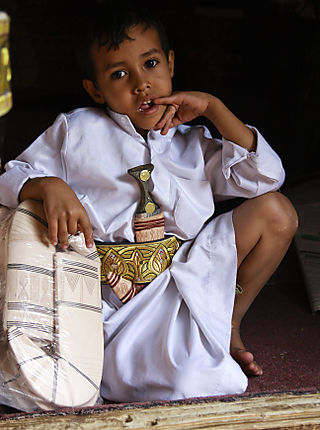 Local news is reporting that the embassy is being evacuated by helicopter. I just watched a helicopter head out there. Have photos, no time to load.

Attack on US Embassy in Sana'a: Carpetblogger is on the Scene

Sitting in the lobby of the Burj al Salam hotel about an hour ago, we heard two explosions, but thought little about them. They were close enough to shake the windows a little.

About 30 minutes later, reports started coming in that the US Embassy was under attack. Current reports on Yemeni TV say that there was an intial car bomb followed by some shooting. Injuries are reported. Right now, reports attribute the attacks to Al Qaeda, which has been increasingly active in the country.

The US Embassy is located near the Sheraton hotel. Reports confirm that it was the Embassy and not the compound.

Ask Carpetblogger: What are you wearing?