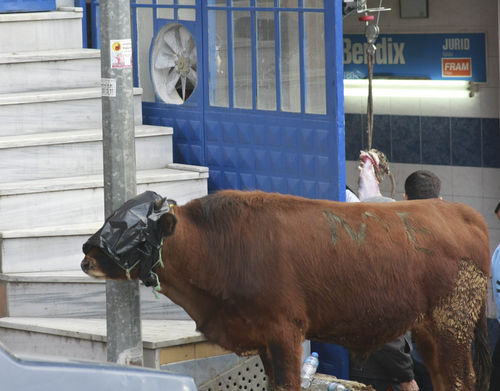 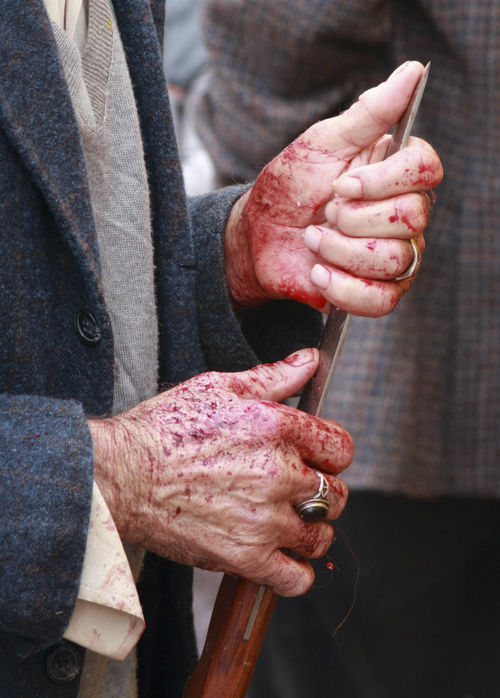 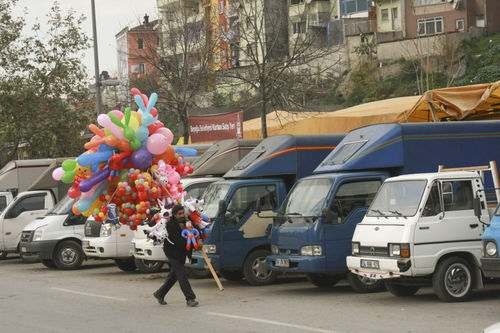 Good thing you live so far away. One of these little wooly ragamuffins might otherwise make its way to the US, live in a cardboard box and assume the name "Hey Ewe".

Once again, your stories have filled me with equal parts amusement and horror. It brightens my day.

The livestock went down swinging:

More than 2,500 butchers injured in Turkey during Feast slaughters
http://www.hurriyet.com.tr/english/domestic/10531908.asp?gid=243

You are wrong on using the word genocide (for once, the last time you were so right :-) )

It's the kurban that keeps plenty of sheepherders in business, who in return make sure they have plenty of sheep they can sell every year, cause it's their livelihood.

I am wondering - at what point in history did they stop the sacrifice from happening in the streets? Just some research I have been doing about a prominent evangelical Christian convert, formerly Muslim, who claims to have grown up in Istanbul who appears to be... er... embellishing the story about his upbringing somewhat. (If you're curious who, there are now news stories about Ergun Caner, president of Liberty University, Jerry Falwell's school).

"Stopped the street sacrifice" is a bit generous -- it happens all the time in lots of neighborhoods in Istanbul, just not the "European" or secular ones. It has more to do with Turkey's drive toward European-ness, I think.

Personally, I support all efforts to diminish the number of people running after animals waving machetes in the name of a god.