« Ask Carpetblogger: What's the Word for Cockroach in Turkish? | Main | A Bayram Visit to Cowshwitz »

The Fruits of Our Labor

We've mentioned the lamentable booze situation in Turkey once or twice. Turkish beer is filled with poisonous preservatives, Turkish wine is overpriced swill and imported liquor is taxed 100%. Therefore, hosts who typically allot two bottles of wine per guest for Sunday Dinner must constantly plot ways to keep the Booze Dolabı (a hilarious play on the Turkish for refrigerator, which is buzdolabı, lit. ice cabinet) stocked.

We've also more than once mentioned the dreadful pork situation. Though we never really ate pork before moving to Baku and Kyiv,  now we can't get enough.  Pork, along with wine/liquor, are the number one and two requests from those traveling to Istanbul. Though our contemporaries are almost always coming and going, logistical challenges still exist. Pork, it turns out, is perishable. Wine is heavy and frequently breaks. Each passenger can only buy four bottles of wine or two bottles of liquor on arrival at Istanbul Duty Free. Asinine restrictions on liquid carry-ons challenge duty free buyers coming from America, and, absurdly, Georgia.

We've tried several different approaches to solving these problems. Trips to Bulgaria? Not advisable. Attempting to use two different passports at Istanbul duty free? Denied. Insisting that all visitors fill their duty free quota both at their European layover airport and upon arrival in Istanbul? Red State Sibling was initially shocked at the audacity of this request, but, having spent a week here, concluded it was completely reasonable.

So, we plan stopovers in airports with quality duty free and schedule trips to places that have desirable wine or spirits with which we can fill an extra suitcase. We've even created a trade consortium called the International Liquor Transport Team, or ILIQTT, the purpose of which is to coordinate trips abroad with shortages ("Hey, I'm running low on scotch" or "I wanna have a margarita party. Grab some tequila!")

We hate to brag, but we achieved a personal best in the wine and pork department 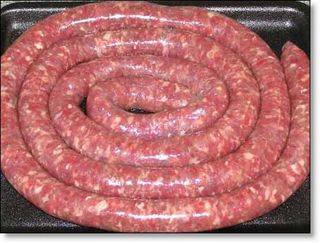 on our recent trip to South Africa. Between Johannesburg's first world, non-Muslim supermarkets and the airport's spectacular duty free wine department, we packed up 11 bottles of wine, three bottles of liquor, three kilos of pork products and some hard cheeses. We dreamed of bacon and boerewors for breakfast. Malaasef, it was not to be.

Memo to Turkish Airlines: Is it really so complicated to put someone's bag full of wine and pork products on a non-stop flight? Isn't that sort of a core competency? And should it be overlooked (these things happen!), could, perhaps, the recovery process be speeded up to less than SIX DAYS?

The thought occurred to us that ILIQTT had finally been busted for international trafficking of the forbidden meat, but it turns out the bag was just lost. Props to The Turkish Life for accepting delivery of the greasy, smelly, wine-stained mess while we were in Lebanon!

The Producer and I also did well in Lebanon, boozewise. Not only is the Bekaa Valley home to Hezbollah, it also hosts some pleasant wineries that offer decent, cheap reds. On the recommendation of one his Saudi clients, our driver took us to Kefraya (and, really, who wouldn't take advice from a Saudi on wine?). We also enjoyed Ksara, where we loaded up on lots of cheap and cheerful varietals that we hope will last us through Christmas.

For ILIQTT, the occasional greasy, stinky suitcase and broken bottle are the cost of doing business . If we devoted as much mental energy to more profitable activities, such as "work" as we do to importing liquor and pork, we might become wealthy enough to establish our own vineyard in a non-Muslim country.

Posted at 10:18 AM in Food and Drink, Istanbul Expat Life | Permalink

Ah, I remember the days when The Producer was not a fan of "the other white meat". Made catering a PIA! Hmmmm. I wonder if the Bacon of the Month club will ship to Istanbul? I'll have to check on that!

ILIQTT? Really? That's just filthy! (And, hey, if Red State Sibling is from Colorado, she's no longer in a red state! Woo hoo!)

Speaking from my exalted place in Budapest, where all you can buy is made of red wine and pork, What me and the Missus miss most is lamb and sour beet juice. Wanna trade places? And, hey, with a nice bottle of Buzbag, who can argue? We used to live on Tomtomkapitan, between Istiklal and Cihangir: getting booze meant climbing uphill in either direction while our Kurdish neighbors scowled... And yes, the Bulgarian border is an unfortunate place. While we were checked lightly, the Ukrainians and Moldovans on our bus were relieved of all the hundreds of bottles of cheap booze they were hopeing to smuggle into Turkey.

All this ado about figuring out how to bring in food indulgences. Sounds like you've been hanging out with too many US Embassy people; this kind of stuff is their idea of entertaining cocktail party conversation.

And yeah, unfortunately duty free seems to be the best option. Thanks to friends who travel frequently, I've purchased close to 20 bottles in the last 6 months.

I don't know what kind of diplomats you hang around with, GP, but the ones I know have access to the commissary and never have to worry about things like this, thus freeing up conversational resources for more germane topics such as circumcision and artificial insemination of cattle.

oh, Dumneazu, I take issue with the very term "good bottle of Buzbag." I won't quibble with your geography, though -- we're just down the street from where you were.

Turkish wine has improved immeasurably over the last few years but Buzbag remains atrocious..... Kavaklidere wines are drinkable, with Cankaya or Yakult an acceptable table wine. I do agree though that their price is high compared to equivalent quality such as Chilean wines in the US, $10 for 1.5l of Concha y Toro works for me. Just accept you have to pay more for good stuff. You can buy imported wine but ouch.....

As for beer Efes is okay with the only real beer available from Taps in Tesvikiye and at some stores that sell bottled Taps.

I lived there for 3 years and would get some of my food homesickness remedies from camlik in bebek. i would also bring back these things. they are precooked bacon slices and you can really pack a lot in a suitcase
http://www.tyson.com/Recipes/Image.aspx?id=142&na=160x155

I shall send you some canned musk ox, the other other white meat. Perhaps it will give you new ideas.

I think you are in Cihangir??? I', not a pork eater but you can get it at 'Sute' in the carsi off Istiklal or in Mecidiyekoy....or get on the ferry to Kadikoy and got to Moda...a shop called 'Milka', sells ham and what I'm told are great pig sausages.

Yes, you can certainly get it around town but a). the selection is very limited, b) the quality can vary and c) the prices are exorbitant.

Pork is good but musk ox is pushing it too far.

We do feel your pain. Well, not on the pork front thanks to Malaysia's pork-worshipping Chinese. I might even say Malaysia has the tastiest, porkiest pork in all of SE Asia!
But back to the booze - a bottle of Absolute costs U$40 here - and that's a smaller-than-regular-size bottle. A bottle of wine that would cost $7 in the US costs $25 here. Want some cooking wine? Figure to spend at least U$10. We have no local wine industry, or decent local beer. (A bottle of crappy locally-brewed Heineken costs U$ 2.50+ in the store). To top it all off, we're only allowed ONE bottle duty-free, coming in.
What's the point of all this? Not sure. But you don't have it SO bad ... everything's relative.

one bottle at duty free?? Sounds like you need some consulting services from ILIQT!

for those of you in Turkey who have a few YTL to spend check out the following web site:

Should satisfy your vinophile cravings