« A Conversation About Buying a Suit in the FSU | Main | Carpetblogger Recommends: Avoid Mixed Gender Hamams »

This Just In: Scotland Reacts to Azeri Whisky Onslaught 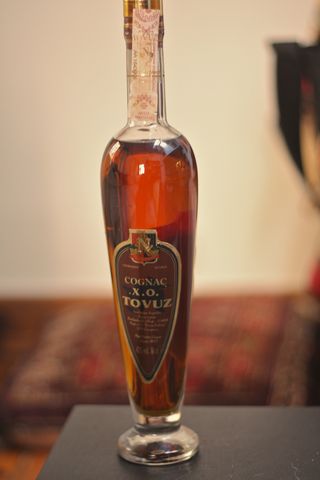 the oasis between Iran and Chechnya, plans to begin distributing locally-produced whisky from the famed Tovuz-Baltiya distillery.

Presently, Tovuz-Baltiya is known primarily for its cognacs, which have been described by local experts as "the best in Ganja-Qazakh."

"We know that Muslims in general are known for the quality of their alcoholic beverages, and Azerbaijan, in particular, is noted for the "Seven Beauties" and "Karavansary" wine labels," said Scottish whisky spokesman William MacDougal. "We view this as a serious threat to our market share."

Recent reports claim the Azerbaijani distillery is going to target whisky drinkers in India and eastern Europe, where "they really know their single from their blended malts," said MacDougal.

Scottish whisky producers have adapted quickly to this shift in the marketplace. MacDougal, having recently travelled on Azal from London to Baku, added "peat and oak have become dated. We're exploring assfat and naptha, just to stay competitive."

Oh, shit-oh-dear, that last line had me laughing so hard I woke up my housemate. :))))